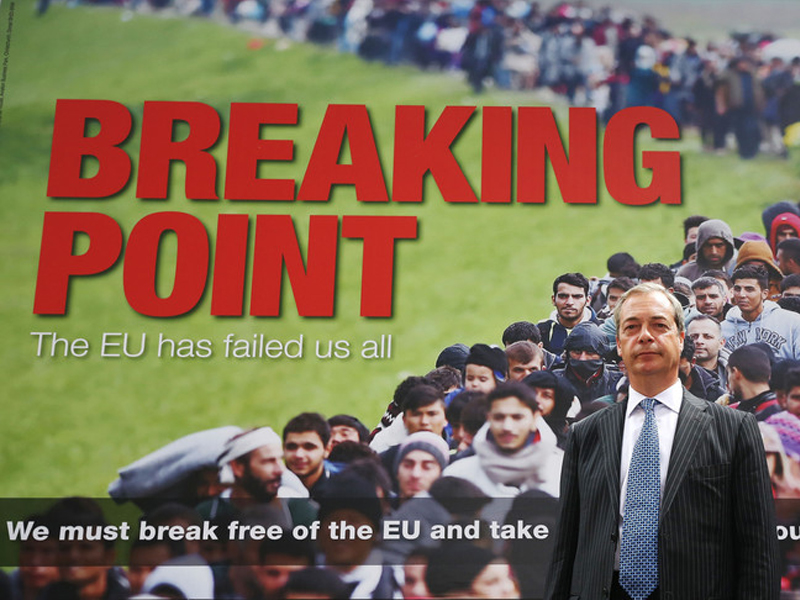 Immigration is at the heart of the Brexit debate and is quite polarised. On one side, the Remain campaign either ducks the issue or focusses on the benefits that immigration brings to the economy as a whole. On the other side, the Leave camp focuses on its costs and plays into fears that migrants are putting pressure on public services that are already at breaking point.

Immigration is at the heart of the Brexit debate. It’s a large reason why economic arguments have failed to sway voters. Despite warnings of the high economic costs of leaving the EU (warnings supported by a majority of economists), immigration has continued to have a powerful influence – and is perhaps the major reason why the opinion polls have become so close in recent weeks.

The immigration debate is quite polarised. On one side, the Remain campaign either ducks the issue or focusses on the benefits that immigration brings to the economy as a whole. On the other side, the Leave camp focusses on its costs and plays into fears (often in a cruel and cynical way) that migrants are putting pressure on public services that are already at breaking point. At least among Labour supporters intending to vote leave, immigration also appears to be a key issue.

The need for a more even-handed assessment of the costs and benefits of immigration is sorely needed. While immigration brings undoubted benefits, it also places pressures on particular communities. It also feeds a sense of fear and frustration especially among the working class about an economy that is not delivering. It comes to symbolise the lack of power and opportunity available to them.

It is all too easy to scapegoat migrants as the problem, but there are deeper-lying problems of economic and social policy at play that harm all citizens, wherever they are born.

In particular, five years of austerity policies under the present government’s leadership, with spending on public services at historic lows and a failure to invest in housing and infrastructure, is the main threat to prosperity for all. Yes, immigration creates tensions, but mostly when it occurs in a context where austerity is entrenched. It can be managed most effectively and to the advantage of everyone if austerity is rejected.

Beyond the Brexit debate, there is a wider need to rethink economic policy and the economy more generally in ways that address the genuine concerns of the working class. In this way, the cynicism and nationalism attached to the immigration question can be extinguished.

The case for immigration is clear. Migrants are net contributors to the public finances – they tend to pay into the system more than they take out. Migrants, for example, are likely to retire in their home countries rather than in the UK.

By adding to spending levels, migrants also create jobs. Migrants also bring vital skills (for example in nursing and building trades) and can plug important shortages in the labour market (such as in the caring sectors).

Lurid and cynical headlines denigrating migrants as benefit tourists conveniently ignore the economic as well as social benefits that migrants make in different parts of the nation.

The downsides to immigration comes through the pressure it can place on public services. Housing and schooling stand out in this respect. Where communities face particularly high levels of immigration, housing waiting lists may rise and school places may become fewer in number. These pressures can create tensions.

But here the problem is not immigration per se; it is the lack of adequate housing and schooling. Even without immigration, housing needs would be unmet in some areas, particularly in London.

UK public services across the board have undergone a significant number of cuts in recent years. Local government, in particular, has faced severe spending cuts. This is important as local government provides a host of key services like social care for children and pensioners.

There is also evidence that public spending cuts have fallen disproportionately on the most disadvantaged areas. Austerity policies, in this case, have widened social and economic inequalities within and between regions in the UK. They have also had wider economic effects – restricting growth and the tax receipts that fund public services.

Migrants have therefore entered a country that is without the public services to support many existing local communities. And their presence has brought the problems of housing and schooling together with health and childcare more to the fore. These problems are not the fault of migrants; rather they reflect years of chronic underinvestment in the public sector.

The reason why many working class communities are being won over by the Leave campaign is not immigration, but rather a shared sense of frustration about the lack of adequate public services.

And this frustration has been intensified by the lack of good employment opportunities. While employment has risen and unemployment fallen, those in work have suffered an unprecedented reduction in real pay. Underemployment, enforced self-employment, and the rise of zero hours contracts have added to the problems faced by the employed.

Immigration, in effect, has held up a mirror to the UK’s low wage economy. It has exposed the bleak prospects in terms of wages and working conditions available to large swathes of the workforce. And from the perspective of those living in working class communities, migrant workers taking low paid and insecure work has reinforced the lack of opportunity available to them.

Immigration should be used to highlight that another economic policy is needed – not one based on public spending cuts and a race to the bottom, but rather one based on inclusion and shared prosperity

Voting to Leave the EU can therefore be seen as an act of protest by sections of the working class against a system that works for neither indigenous nor migrant workers.

But immigration should not be used to excuse the government for its own poor record in supporting the needs of UK workers. It should also not be used to support the case for leaving the EU, on the basis that a Tory-led government would continue to impose austerity policies on the UK in the event of Brexit, making the lives of UK workers much worse.

Rather, immigration should be used as a way to oppose austerity and push for change. It should be used to highlight that another economic policy is needed – not one based on public spending cuts and a race to the bottom, but rather one based on inclusion and shared prosperity. It must be recognised that all citizens – migrant or otherwise – have needs and rights for well-funded public services and decent working conditions. Supporting immigration and voting Remain, above all, should be about building an alternative economy that serves everyone’s interests.

This article was first published in The Conversation on 20 June 2016.

David Spencer is a professor of Economics and Political Economy, University of Leeds.