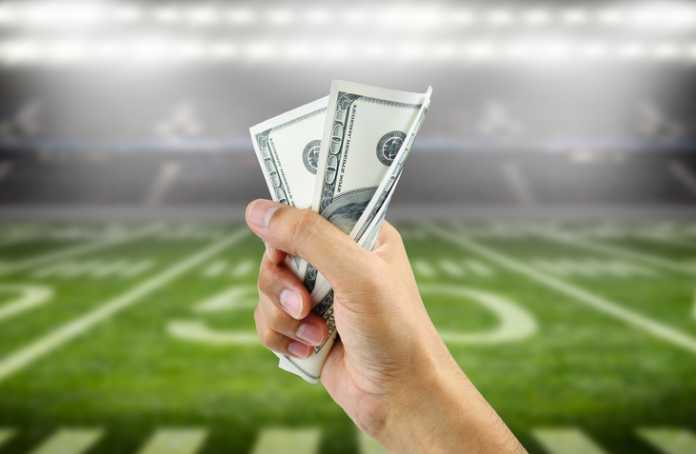 It’s fair to say a lot has happened since 2018, when a landmark Supreme Court ruling overturned the long-standing federal ban on sports betting. As many expected (and perhaps feared), this has proven to be one of the major cultural shifts in modern American history, leading to an inevitable opening of the commercial floodgates. Numerous states have been quick to pursue the option of legalized sports betting, and there has been no shortage of keen bettors willing to indulge in their newfound freedom to put money on sports in the US and all over the world.

As a result – and impressively, given the small matter of a catastrophic global pandemic that put the brakes on so many sports events – the American Gaming Association recorded that sports betting in 2020 amounted to a cool $1.5 billion in revenue. It’s not a surprise, then, that some seriously heavy hitters are trying to carve out great big slices of the sports betting pie for themselves by cashing in on the potential of what’s been described as “explosive growth” in gambling stocks.

Last year, one of the major players in the US sports betting market, DraftKings, went public in a slightly unusual way, through a blank check company merger. The method wasn’t the most eye-catching element of the listing, however, with the company being valued at more than $6 billion. That sort of figure makes it clear the future for DraftKings lies less in the fantasy league elements for which it was known prior to 2018, and more in its role as a sports betting and online gaming platform.

In fact, across the major sports in the US, there’s something of a gold rush going on among teams and leagues eager to tie up lucrative partnerships with companies like DraftKings and other sports betting firms. This is partly to fill a hole in their revenue stream created by the coronavirus pandemic, and partly to keep up with their rivals, many of whom have announced generous site sponsorship deals and other affiliations. Across the various states where sports betting has been legalized, it’s clear that the sports betting firms aren’t afraid to dig into their deep pockets to bag themselves mutually-beneficial agreements with well-known teams. They’re making use of their new tie-ins to put out all kinds of sponsored products, from data feeds through to sports-branded casino games, such as the Philadelphia Eagles slots game launched by Unibet earlier this year.

The sports betting companies are also coming up with another way to engage loyal fans as potential customers, and get more eyes on the sports they carry books on. A prime example is BetMGM partnering with the NBA to launch a telecast geared up specifically for punters, with live overlays displaying the latest betting odds as they happen.

DraftKings CFO, Jason Park, said at the time of the public listing that this brave new world wasn’t going to necessitate a sudden shift away from the business’s core elements, but did admit that the legalization of sports betting had changed the way the company is going to make money. “The DNA of the company – that we’re super user-focused, super data-oriented – that core DNA hasn’t changed very much,” he said. “I think if you said: ‘What really has changed?’ It’s our future growth profile with all the legalization.”

Another company that’s been surging since 2018, and is now potentially on the brink of big changes, is FanDuel. Once a fantasy sports site, it – like DraftKings – has flourished as a sportsbook after the overturning of the federal ban on sports betting, and is poised to go public itself.

One of the potential stumbling blocks for FanDuel’s listing is a wrangle over ownership – perhaps not a shock given the huge sums likely to be involved. FanDuel is mostly owned by Flutter, the powerhouse formed from the merger of Paddy Power and Betfair. As if it wasn’t already a serious player, Flutter then went on to complete a merger in 2020 with The Stars Group, home of household name brands like PokerStars. This gave access to over 100 international markets and over 13 million active users. As part of that deal, Fox Corporation – which was partnered with The Stars Group – received an option to own a stake in FanDuel.

Flutter now possesses 95% of FanDuel after snapping up an additional stake from early private equity investors Fastball back in December 2020, for $4.2 billion. With the news that Flutter might shortly be taking it public, Fox is keen to help itself to its chunk of the lucrative brand, but there’s a major disagreement over FanDuel how much Fox should be expected to pay.

Fox has filed a lawsuit to protect its option, and wants to take its cut of FanDuel at the rate at which it was valued at the time of December’s acquisition, around $11.2 billion. Flutter isn’t happy with the valuation, however, and wants Fox to pay “fair market value” for their share – a figure that may be determined by a public offering or by the banks, depending on how things unfold.

The stand-off was summed up by a Fox spokesperson, who bluntly said of the lawsuit, “Fox Corporation has filed suit against Flutter to enforce its rights to acquire an 18.6% ownership interest in FanDuel Group – an American sports betting brand – for the same price that Flutter paid for that interest in December 2020.”

Flutter look to be holding firm, which isn’t a huge surprise. FanDuel is triumphantly riding the wave of sports betting legalization in the United States, and its national market share is a staggering 40% larger than its rival DraftKings. Given that DraftKings has a $25 billion market capitalization, this could see Fox in a bind – FanDuel’s far bigger market share means that it’s likely to top DraftKings valuation, which would see the $11.2 billion price tag significantly increase.

Flutter’s boss Peter Jackson said: “We will honor our commitment to give Fox an option to acquire 18.6% of FanDuel at fair market value in July 2021. To be clear on the valuation, Fox will have to pay the fair market value, which is different from the negotiated price agreed between Flutter and Fastball, which reflected the specific circumstances that Fastball found itself in. The valuation will be carried out in the same manner that would have occurred had Fastball still owned the stake.”

With the vast riches involved in US sports betting since its legalization in 2018 certain to increase – especially with the easing of Covid-19 restrictions – it’s unlikely that Fox will be the only big beast looking to consolidate its position in this rapidly expanding market. That’s before you add in the likelihood that yet more states will follow the likes of New Jersey and Illinois in giving the go ahead to legal sports betting – not least as a means of raising additional revenue after the devastations wrought on state coffers by the pandemic. While some may think this may be something of a honeymoon phase for sports betting firms across the United States, it certainly doesn’t look like the bubble will be bursting anytime soon.