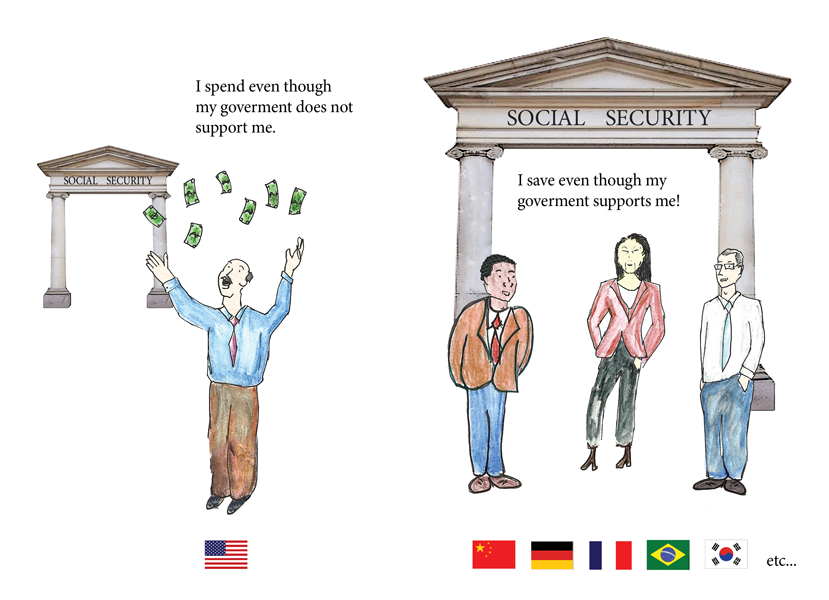 Recently the issue of saving has become maybe too exciting. Despite a booming economy, household saving rates sank to near-zero levels by 2005. Three years later, the U.S. economy experienced a housing and financial meltdown from which we have yet to recover. Americans now contend with massive credit card debt, declining home prices, and shaky financial institutions. It has become painfully clear that millions lack the savings to protect themselves against foreclosures, unemployment, medical emergencies, and impoverished retirements.

As American families ponder their next move—whether to spend, save, or borrow—they might consider the very different ways in which other advanced capitalist nations behave. In Germany, where households sock away much more than Americans, saving is sexy. That’s how we may translate “Geiz ist geil!” the wildly successful advertising campaign run by the electronics chain Saturn between 2002 and 2007. For many Germans, the slogan playfully affirmed their frugal, often stodgy approach to consumption. In Japan, which until recently boasted the world’s highest household saving rates, saving was rarely sexy. But it has been stylish. The pert, modern housewife demonstrates her cleverness by controlling the family’s spending and boosting savings.

Japanese people not only work incredibly hard, they save huge portions of income. Japanese household saving rates reached 23 percent in the mid-1970s. Benefiting from the ready supply of low-cost capital, Japanese manufacturers ran circles around their American rivals. Japan would be followed by the rise of other high-saving economies in South Korea, Taiwan, Singapore, and Hong Kong. Then came the biggest one of all—China, which currently boasts a household saving rate of roughly 26 percent. By the first decade of the twenty-first century, those in charge of the U.S. economy spoke disapprovingly of a global “saving glut” exacerbated by Asians who oversaved and underconsumed.