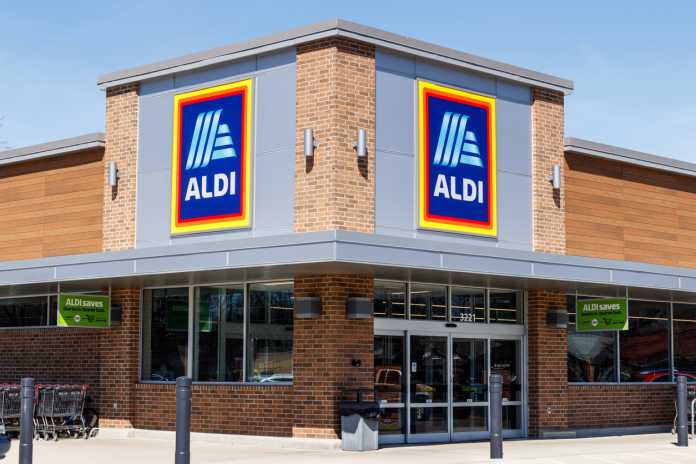 Aldi is one of the most recognizable discount supermarket chains around the world, with over 12,000 stores located all around the globe. From Germany to the United States, Aldi offers superior prices and countless discount codes and promotions, rewarding careful shoppers with a lot of saved money on groceries.

But how well is Aldi doing during the pandemic? Global restrictions haven’t been easy on many businesses, but Aldi still somehow seems to thrive – how exactly did they achieve this?

While countless US citizens look at Aldi as a domestic brand, popular in the United States, the supermarket chain’s history began in 1946’ Germany, where two brothers Theo and Karl Albrecht started turning a family-owned grocery store into what has now become an international multi-billion dollar company.

The two brothers quickly expanded their mother’s grocery store, opening a second location not long after taking ownership of the company. After only 4 years, there were already 13 Aldi stores located all over western Germany. Unlike other retailers, Aldi didn’t require customers to collect stamps and apply for a money return each time they went shopping. Instead, they subtracted the maximum possible discount from the price before selling it to the customer, making sure that everyone will get the lowest possible price without any extra work.

The success of Aldi didn’t only depend on their discounted prices – the Albrecht brothers were astute entrepreneurs, carefully watching the market and customer trends to manage their inventory and removing products that don’t sell well.

In total, there are over 2,500 Aldi stores in the United States alone. There’s also around 900 stores located across the United Kingdom, over 4,000 stores in Germany, as well as additional outlets in Australia, Belgium, Austria, China, Denmark, France, Hungary, Ireland, Italy, Luxembourg, Netherlands, Poland, Portugal, Slovenia, Spain, and Switzerland.

Even though the Albrecht brothers managed to run an extremely successful business together, a dispute between them in 1960 led to Aldi splitting into two different companies – Aldi Nord and Aldi Süd. Both companies were owned and managed jointly by the brothers, but were kept fully financially and legally separate since 1966.

The dispute that led to splitting of Aldi was over selling cigarettes. While Karl believed introducing cigarettes into their stores would only attract shoplifters, Theo believed they would be an extremely viable financial venture. Stores under the name of “Aldi” operate in the United States under Aldi Süd, but Aldi Nord also features its outlets across the ocean. The popular local grocery store brand, Trader Joe’s, is in fact owned by Aldi Nord, with almost 600 outlets all over the USA.

Both brothers were directly involved in their companies till their deaths – Karl Albrecht ran Aldi Süd until 2014, while Theo ran Aldi Nord until 2010. After their deaths, both entrepreneurs passed the ownership of their companies to their children. As such Aldi Sud is now formally owned by Aldi Süd GmbH & Co. oHG, run by Karl’s children, Beate Heister and Karl Albrecht Jr. with headquarters in Mülheim, Germany.

When it comes to Aldi Nord along with its Trader Joe’s assets in the United States, the company is currently owned by Aldi Einkauf GmbH & Co. oHG. The company is run by Theo’s children and grandchildren, first by his son Berthold, and after his death by Markus, Lukas, and Jakobus foundations.

Aldi’s development strategy for the pandemic

To stay afloat in the uncertain market during the pandemic, Aldi developed a series of objectives for 2020 to assure growth. Before 2020, Aldi was announced as the top ranked supplier in terms of overall compliance with the Code for 6 years in a row – and 2020 wasn’t different, granting the company its 7th award in a row.

The first major move by Aldi was to review and refresh the Groceries Supply Code of Practice training for employees who join their buying teams, as well as making this training repeatable annually. The entire training programme was also extended to teams working on categories not covered by the Code. In total, over 600 employees were trained using the reviewed materials in 2020.

Aldi is also looking into extending their offer, introducing organic and fresh products, including easy-top-repare meals. In 2018, Aldi also announced that they’re planning to offer grocery delivery in the United States, with select cities receiving the service as early as 2017. Nowadays, the delivery service is widely available in many Aldi stores, in the United States as well as outside of the country.

Despite the ongoing global pandemic, Aldi managed to secure substantial growth in 2020. Aldi UK and Ireland alone noted a 10.2% increase in annual sales in the year 2020. During that time, over £600 million was spent by Aldi on opening additional outlets in the United Kingdom, creating thousands of job positions and supporting local farmers and manufacturers.

That’s not the end of the investments – the company pledged a £1.3 billion investment plan for the upcoming years, creating new stores and upgrading their existing locations. Around 100 new stores are to open, contributing to the long-term target of 1,200 stores in the United Kingdom by 2025.

More and more stores are also joining the Project Fresh initiative, bringing fresh produce from the local farmers and producers. Around 100 stores are to join this initiative soon. In addition to these investments, the company also intends to expand their distribution centers, as well as deploy new innovations and developments, although the company hasn’t specified exactly what’s in store for their clients.