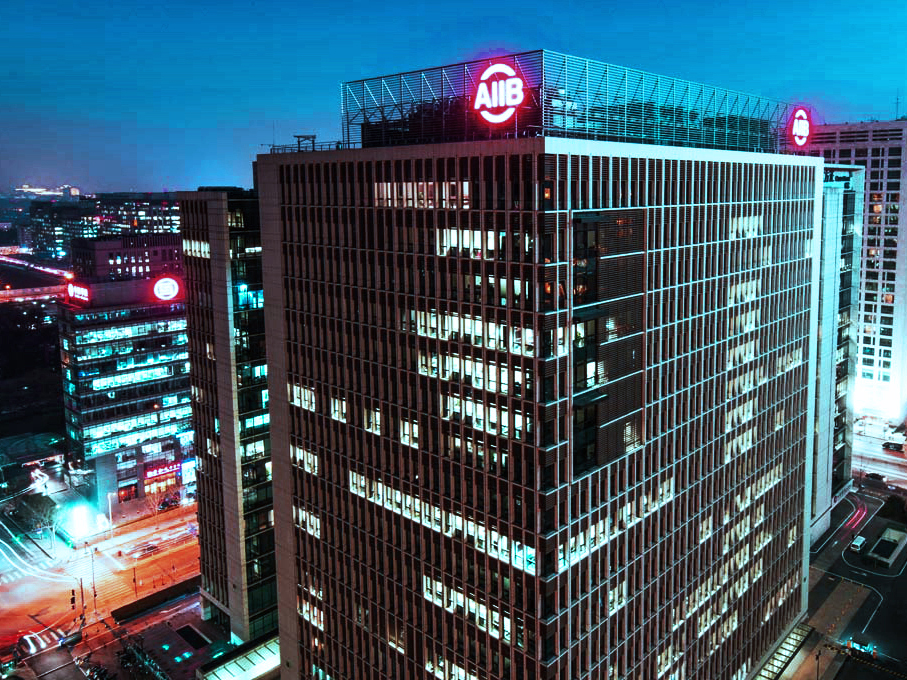 Since its launch in January 2016, what are the significant developments on the operations of the Asian Infrastructure Investment Bank (AIIB)? In this article, the author discusses the operational features of AIIB and provides insights into the bank’s lending operations by adopting an institutional perspective on China’s experience with its own national development banks, such as the China Development Bank.

The middle of last month marked the second anniversary of AIIB, but many are still debating: will it be any different from existing multilateral development banks (MDBs) like the World Bank or the Asian Development Bank (ADB)?

In fairness, two years is too short a time span for a definitive verdict on the nature of the Bank’s operations. Thus far, it has expanded its initial membership of 57 to 84. The Bank has extended loans to 24 infrastructure projects (in which three are fund of funds investments) in 12 countries. Total loans amount to $4.2bn, which has mobilised an additional $17bn from other public and private investors.

For now, India is the top borrowing country in terms of number and value of AIIB investments. India has received five investments worth $4.07bn, of which $1.07 bn was contributed by the AIIB.

For now, India is the top borrowing country in terms of number and value of AIIB investments. India has received five investments worth $4.07bn, of which $1.07 bn was contributed by the AIIB.

Overall, this is a good start, but does not suggest anything especially innovative about the Bank’s way of doing business.

The debate about the AIIB stems in part from an oversimplification of the challenges of setting up a new MDB, essentially from scratch. The World Bank has been in operation for over 70 years; in 2017 it disbursed $43.9bn and had a total full-time staff of under 12,000. By comparison, at the AIIB’s first annual Board of Governors meeting in June 2016, it had a total staff of 39, and anticipated a total staff of 100 by the end of that year.

The AIIB regards 2016 – 2020 as its “start-up phase”, and 2021 – 2027 as its “growth phase”. This gradual approach is also consistent with China’s overall style of pragmatic economic reform and opening-up.

So it will take some time before AIIB can match the lending scale of those with a longer history. And rightly so, solid multilateral institutional foundations and practices do not simply fall from the sky. Indeed, the AIIB regards 2016 – 2020 as its “start-up phase”, and 2021 – 2027 as its “growth phase”. This gradual approach is also consistent with China’s overall style of pragmatic economic reform and opening-up.

But as the AIIB ramps up, certain features that allow for institutional experimentation seem to be moving into place. In a recent interview, Jin mentioned that, “We must have creative spirit, and neither clone the World Bank nor copy the ADB. Instead, we should review and absorb good experiences and strive to build a multilateral financial institution with advanced 21st century governance concepts.”

Some of this “creative spirit” is already apparent: to reduce administrative costs and loan approval times, the AIIB board of directors is unpaid and non-resident; also, bidding for AIIB projects is not confined to member countries. On environmental and social safeguards, some have expressed concerns over the Bank’s reliance on corporate and country reporting systems, but others believe this could promote greater borrowing capacity in recipient countries.

A more contentious issue, however, is that of AIIB’s loan capacity and loan conditions: can the Bank strike a balance between high-standards and safeguards on project loans, while improving the speed and size of loan dispersion without resorting to strict policy conditionalities?

It is still too early to assess these aspects, although China is clearly far less willing to impose wide-ranging policy conditionalities. Existing studies have generally focussed on estimating AIIB’s scale of lending by super-imposing the operational features of existing MDBs.

From an institutional perspective, however, China’s experimental approach to its own national development banks – such as the China Development Bank – could also suggest an inclination for experimentation with the AIIB.

For starters, the AIIB has secured a triple-A rating from the three major international credit ratings agencies. This rating is contingent on the Bank respecting its (maximum) statutory loan-to-equity ratio of 2.5, which allows the Bank to tap international capital markets at low-cost. (The Bank plans its first international bond issuance in the second quarter of this year.)

This conservative statutory ratio is consistent with those of existing MDBs. But the Bank’s articles of agreement also includes little-noticed provisions for a “special funds” mechanism that is managed by the AIIB and that can channel finance to AIIB infrastructure projects, but whose resources are held separately from the Bank’s shareholder equity.

The idea is that outside public and private investors can contribute resources to these special funds, and it just so happens that China has also created several stand-alone investment vehicles that have a combined target fund size of almost $100bn – such as the $40bn Silk Road Fund, the $10bn China-Africa Development Fund, and the $15bn China-Russia Regional Development Investment Fund, among others (see table 1) 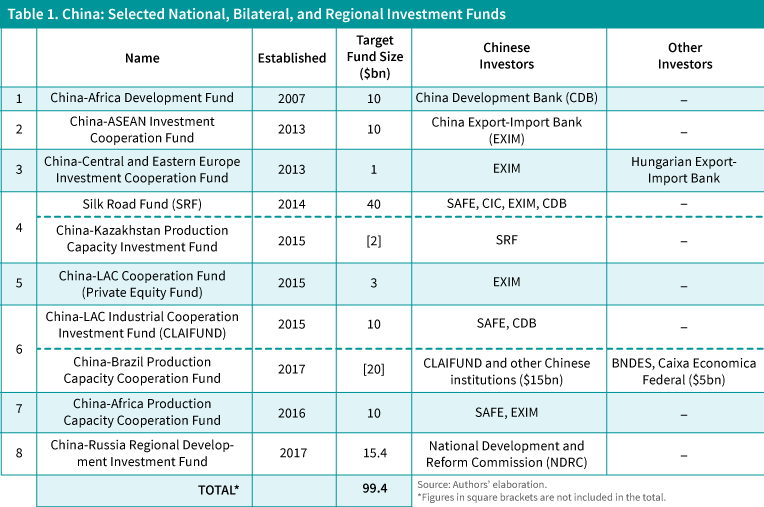 Most of these vehicles have received their capital from China’s national development banks (and other Chinese institutions), which, in turn, leverage the equity capital received from the country’s foreign exchange reserves to raise cheap financing from domestic capital markets.

It is not inconceivable that at some point some of these various vehicles could selectively finance AIIB infrastructure projects through the special funds mechanism, especially as the Bank garners further expertise managing projects in different regional settings.

AIIB’s institutional design appears to maintain a de jure loan-to-equity ratio aimed at safeguarding access to international capital markets, while also creating a conduit that allows for de facto infrastructure financing to be scaled-up above the statutory limit.

In sum, the AIIB’s institutional design appears to maintain a de jure loan-to-equity ratio aimed at safeguarding access to international capital markets, while also creating a conduit that – in indirectly tapping China’s domestic capital markets (and foreign exchange reserves) – allows for de facto infrastructure financing to be scaled-up above the statutory limit.

Keeping AIIB’s institutional context in mind, some Chinese scholars have suggested that China’s overseas development finance will come less in the form of official development assistance, and more in the form of “other official flows” (OOF), OOF-like loans and OOF-like investments from national development banks and other state-backed entities, due to the nature of large infrastructure projects.

In this vein, Zhou Xiaochuan, governor of the People’s Bank of China, positioned the role of development finance as in-between that of concessional and commercial finance, but “slightly tilted” toward the latter.

It is this apparent inclination to experiment with innovative financial arrangements that could allow the AIIB to improve upon existing MDB practices, at least in terms of extending large and rapid infrastructure project loan dispersions. To be sure, the only special fund that currently exists provides grants to low income member countries for project preparation.

But AIIB’s articles of agreement appears to leave room for wider experimentation with scaling-up via the special funds mechanism, and it is this broader backing of China’s financial institutions that may, in due course, reveal AIIB’s distinctive operational features.

This commentary is based on a background paper co-authored with Ricardo Gottschalk, prepared for the first session of UNCTAD’s Intergovernmental Group of Experts on Financing for Development, 8-10 November 2017.

Daniel Poon is an economist with the United Nations Conference on Trade and Development (UNCTAD), Division on Globalization and Development Strategies. He previously worked for the International Labour Organization and the North-South Institute (Canada). His main research interests and publications involve China’s industrial strategy, development finance and South-South economic relations.