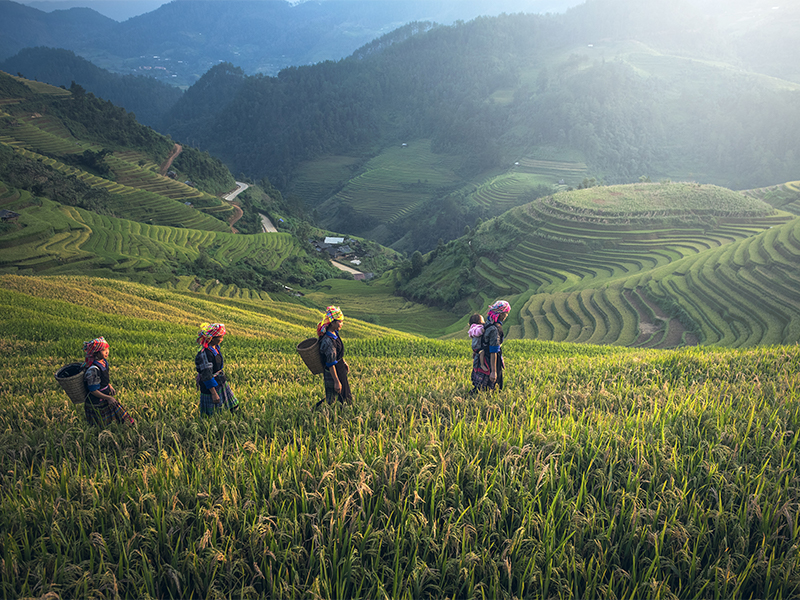 The agriculture sector plays a historic and integral role in the socioeconomic development of the country – it has a significant contribution to the per-capita income of both industrialised and developing nations and has helped in shaping the early civilisation to progression. This article will trace how the policy and reform challenges in agricultural development have helped in restructuring the economic fabrics of the society, and why food security is a crucial contributing factor in the growth of both the regional and international economies.

I will discuss herein the impact of trade liberalisation (i.e., free trade) on the agricultural sector and also food security in the developing countries. The WTO (World Trade Organisation) entered into force in 1995 as the most powerful multi-lateral institution worldwide, not least because of bringing free trade into agriculture and its dispute settlement mechanism. It is understood that if a country, after for instance struggling with its internal finances, secures a bail-out from the IMF (International Monetary Fund), its obligations cease when it has repaid its loan in full, whereas once a country joins the WTO, in contrast, it will be locked into the organisation in perpetuity.

The WTO’s negotiations at Doha in 2001 were fundamentally flawed, as they were clearly designed to protect the interests of big corporations, especially those linked to agricultural commodities and based in the developed countries, while conferring very little benefit to farmers in the developing countries. Therefore, at the next WTO ministerial meeting, which is scheduled for June 2020 in Kazakhstan, it is important that developing countries propose reform within the WTO in order to protect their agricultural and industrial sectors and indeed their general interests.

The WTO’s trade liberalisation policy draws its theoretical support from David Ricardo’s ideas of ‘comparative advantage’ and ‘free market’ in order to achieve efficiency and cost reduction.6 ‘Market’ as a term, generally refers to a competitive environment and competition, but under capitalism it does not always mean this. Leon Walras defended the ‘advantage’ of the market, but unlike neo-liberal enthusiasts, he did not confuse the two. For Walras, capitalism only offers a non-optimal version of the market. The WTO is based on the argument that free trade favours the expansion of international trade and promotes the growth and well-being of trading countries. However, historically, there is no real evidence to support these propositions. Proponents of ‘free trade’ emphasise the idea that trade liberalisation leads to greater competition, which as a result achieves higher efficiency; however, historically, gains brought about by increases in productivity were much higher than those that could be obtained through competitive advantage. Moreover, relative prices are not determined by the market, but by the social conditions, i.e., beyond supply and demand, in which production operates.

In the developing countries, industrialisation was not a natural product of capitalist expansion but took place due to historical conditions created by the formal independence of these countries.

There is an urgent need to revisit the Uruguay Round Agreements, because some of the associated sections severely restrict the use of economic policy instruments which could be helpful in the promotion of late developers (i.e., developing countries) in terms of building their manufacturing sectors. The Doha Round largely sanctions an industrial and agricultural policy to favour those countries which are well advanced technologically and who are well equipped to compete in the global markets. This is the reason that late developer countries, such as the Germany and the USA, rejected ‘free trade’ policy during their early industrialisation period and found it an obstacle rather than a catalyst to building and modernising their economies.6 For example, in the 19th century both Friedrich List in Germany and Alexander Hamilton in the USA emphasised that the role of protectionist policy and industrial links with agriculture clearly show that no ‘one-size-fits-all’ prescriptions can work for all countries. The past tells us the connections between business elites, military power and development centred around the control of natural resources. Neo-classical economists (also known as mainstream) essentially failed to take into account the associated national social structures and international geopolitical aspects in their analyses.

5. Patnaik, U. 2015. “The Origin and Continuation of First World Import Dependence on Developing Countries for Agricultural Products”, Agrarian South: Journal of Political Economy, 4 (1): 1-21.

8. Siddiqui, K. 2017. “Globalization, Trade Liberalisation and the Issues of Economic Diversification in the Developing Countries”, Journal of Business & Economic Policy 4(4): 30-43.