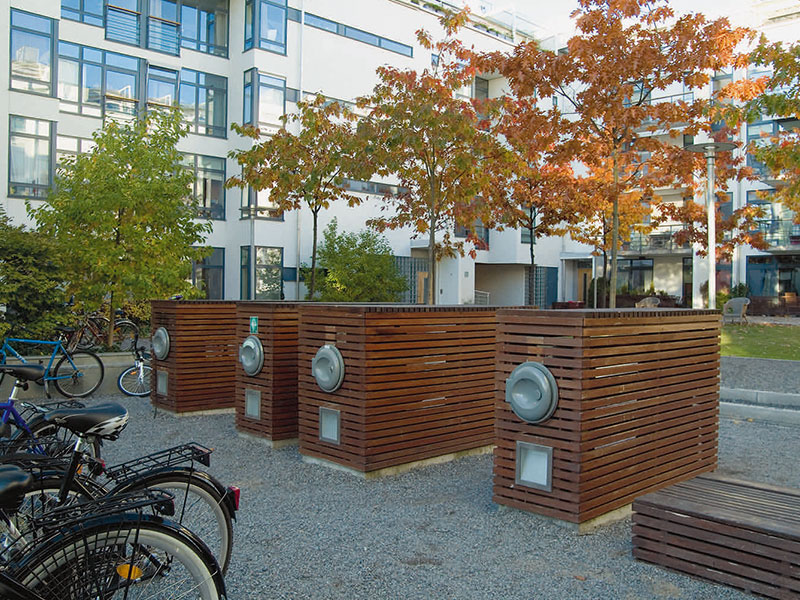 As an organisation responsible for developing and installing innovative systems that transport waste underground using vacuum technology, Envac has witnessed first-hand the shift from sustainability as an environmental concept to sustainability as a social concept. In this article, Jonas Törnblom addresses how Envac is leading from the front and playing a pivotal role in engendering the trust of the communities they serve.

For many, sustainability was once a catch-all term mainly associated with the environment. It then evolved to what it is today, which is a concept built on three principles: environmental, economic and social. Now we can see the wider social implications of sustainability and, more importantly, the consequences of when sustainability (in its widest sense) is not fully embraced.

As an organisation responsible for developing and installing systems that transport waste underground using vacuum technology – and a method of collecting waste using sensor technology whereby bins never become overfilled – Envac has witnessed first-hand the shift from sustainability as an environmental concept to sustainability as a social concept.

From focussing solely on the environmental benefits that areas derive from installing an Envac system, such as the environmental advantages of removing litter and waste from the urban realm, we now also understand the social implications of the technology we install.

Beyond Economics and the Growth of Social Capital

In fact, Envac is now a significant contributor to the growth in local social capital which, in this context, is a term given to describe the value of an area based on its low rate of antisocial behaviour and violence. Put another way, the greater the social capital an area has, the more likely it is to provide a climate for harmonious living, offer inclusive environments and generate the trust of its inhabitants. Social capital essentially helps increase the value of an area.

Envac is now a significant contributor to the growth in social capital which, in this context, is a term given to describe the value of an area based on its low rate of crime, antisocial behaviour and violence.

In the UK, for example, independent environmental charity Keep Britain Tidy, which campaigns to reduce litter, improve local places and prevent waste, has produced a report entitled How Clean is England: The Local Environmental Quality Survey of England 2013/14.

In it, a direct relationship between litter and social environments is made with the report concluding that of litter, graffiti and fly-posting, “litter shows the most pronounced correlation with increasing crime risk as levels of litter also increase (and cleanliness standards decline).”

So, from encouraging the public to litter less based on aesthetic values and a moral obligation to keep an area clean, there is now an argument for harnessing the power of waste reduction in order to stimulate positive social behaviour. Of course, this isn’t an entirely new concept either, given how the Broken Windows Theory, which highlights how maintaining and monitoring urban environments in order to prevent antisocial behaviour plays a key role in the prevention of high level crime, was first introduced in 1982 by social scientists James Wilson and George Kelling. However what it does illustrate is that a series of what were once regarded as innocuous, albeit frustrating, incidents such as littering, now contribute to the wider social context. It also demonstrates how improving social cohesion and crime reduction no longer have to be reserved for institutions such as the police, but that it’s also in the gift of local authorities, urban planners and architects to affect change through improving the urban realm.

Improving social cohesion and crime reduction no longer have to be reserved for institutions such as the police, but that it’s also in the gift of local authorities, urban planners and architects to affect change through improving the urban realm.

In the UK, waste collection was brought out of the depths of a development’s darkest corners and bin rooms – areas typically associated with crime and antisocial behaviour – and moved to spots as close as possible to where the waste is generated such as courtyards and other open public areas, when PRP architects designed the Envac system in to Quintain Estates & Development plc’s 85-acre Wembley Park development.

Envac’s waste inlets were strategically located at the development’s entry and exit points and in its central courtyards. The result? The waste inlets have become a catalyst for social cohesion and have improved attitudes towards recycling. The nature of the Envac system requires a little and often approach to depositing waste, the by-product of which means residents regularly bump into each other in the courtyards and socially interact at the waste inlets. Envac in use at Wembley Park, London, UK.

Waste as a Centrepiece, Not an Afterthought

Whilst I’m not suggesting that bins can ever replace parks or pubs as social gathering points, I do believe that more can be done to engage people on effective waste management practice by making waste more accessible and more “social”. So, for example, replacing bins lurking in darkened communal bin rooms with waste solutions that are accessible, attractive, easy to use and emptied on demand will generate positive social and environmental behaviour and recycling levels as well as facilitate social interaction.

Replacing bins lurking in darkened communal bin rooms with waste solutions that are accessible, attractive, easy to use and emptied on demand will generate positive social and environmental behaviour and recycling levels as well as facilitate social interaction.

Vollsmose, a suburb of Odense in Denmark, provides another example of how new approaches to waste handling have facilitated social integration and improved levels of social cohesion. Until 2006, the Vollsmose scheme, a 1,200-unit development built in the 1970s, had become renowned throughout Denmark for its problems with social integration across its hugely multicultural demographic.

In fact, problems with vandalism, crime and graffiti had become so bad that the City’s waste management service refused to collect waste from the bin rooms throughout the estate. To try and solve this, they closed the waste chutes and installed open bins within the public realm however they were constantly being set alight. In 2006, Envac installed its underground waste transportation system in the area and the development’s defunct waste chutes were reinstated and connected to Envac’s underground pipe network. Envac also installed separate inlets for recycling waste outside of the buildings, a move that made the area the first in this part of Denmark where recyclables were collected as a separate waste stream.

In conjunction with this Envac also helped to develop Vollsmose’s Environment Ambassador Scheme, which saw a group of volunteers within a development train fellow residents on environmental issues ranging from electricity consumption and heating through to waste and recycling. Home visits by the ambassadors not only served to educate the residents but provide a layer of social interaction that, up until that point, had been missing. Residents’ recycling levels quickly increased and bad habits such as littering and fly tipping significantly decreased. Waste handling has become safer and more environmentally friendly as the inhabitants have started to recycle, which all have contributed to an increase in positive social behaviour. Levels of graffiti, vandalism and crime have, if not entirely disappeared, been greatly reduced.

Of course, I appreciate that eliminating litter is only one of the many elements that contributes towards social cohesion and leads to a growth in social capital, however action as opposed to inaction is the only way in which to move forward. Furthermore, those in a position of influence, be they planners, architects or developers of technology that support social sustainability, such as Envac, have a greater responsibility to lead from the front and play a pivotal role in engendering the trust of the communities they serve.

Over the years we have come to accept that the environment, the economy and the social aspects are the three building blocks of sustainability in its truest sense. Similar to Maslow’s hierarchy of needs, in which self-actualisation sits at the top of the pyramid, social sustainability sits atop the sustainability pyramid. Over the last decade the global population has become proficient in demonstrating an understanding of what must be done in order to support the environment as evidenced by the green buildings boom and the rapid growth in the environmental technologies industry.

The challenge societies now face, particularly those responsible for creating and shaping the urban landscape, is to move up the pyramid and achieve social sustainability.

The challenge societies now face, particularly those responsible for creating and shaping the urban landscape, is to move up the pyramid and achieve social sustainability. By doing so, not only will they grow their social capital, build trust within communities and contribute towards harmonious living, but also they will play a role in creating world-class areas where people can be genuinely proud to live.

Jonas Törnblom is Senior Vice President at Envac AB, where he has been since 2001. An environmental industry innovator, thought leader and driver for change, Jonas has built a reputation as a champion of sustainability within the built environment. Jonas has chaired the Swedish Environmental Technology Network’s steering committee, helped to develop the SymbioCity concept, and recently initiated the Sweden China GreenTech Alliance.

Why Do You Need Email Validation for Business