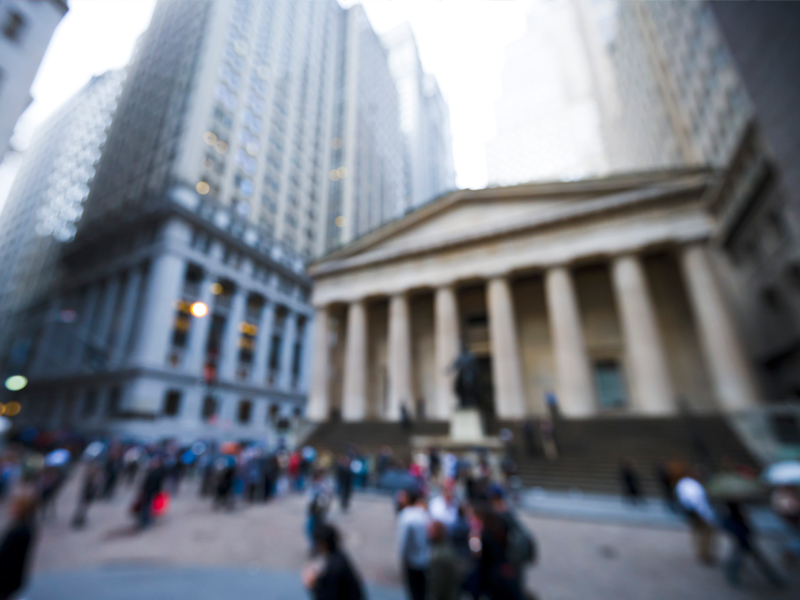 The movement to passive investing has been unrelenting. Investors may harbour doubts that the markets are perfectly efficient, but they increasingly act as though they are, and index funds have become their investment of choice. The twentieth century, however, was a different story. The markets were rife with inefficiencies and a number of savvy investors made great profits by exploiting those inefficiencies. But in the process, market anomalies were eliminated – to the point where most investors now feel confident that securities accurately reflect value and they increasingly allocate their money among passively managed index funds.

John Bogle’s Vanguard 500 Index Fund, introduced in 1976, was radically different from the 389 mutual funds that had preceded it. His fund used a “passive” strategy that called for just matching the market, not trying to beat it. He had high hopes that the low cost structure of his fund would have appeal to investors. By just mimicking the Standard & Poor’s 500 Index, investors would avoid the high costs of research analysts, portfolio managers, and traders, and pass the savings on to the fund’s shareholders through low management fees. But investors signed up for only $11 million of the fund’s initial $150 offering. The fund was derided as “Bogle’s Folly” and Edwin Johnson III, head of the Fidelity Fund, said aloud what most competitors likely thought: “I can’t believe that the great mass of investors are going to be satisfied with an ultimate goal of just achieving average returns on their funds.”1

But Bogle forged ahead. Girded by mounting evidence that active investing is unlikely to produce investment results that are any better – and because of their high costs more often worse – than just a passive investing strategy, index investing found growing acceptance.2 By the twenty-first century Vanguard had become the largest fund organisation in the world and today has approximately $3 trillion under management, most of it in index funds.

Other mutual fund organisations, including Fidelity, have followed Vanguard’s lead and now offer a wide variety of index funds, whether through traditional mutual funds or through their close cousins, exchange traded funds (ETFs). The Investment Company Institute calculated that, beginning in 2007, more new investor money was going into index funds than into actively managed funds. And over the following seven years the trend accelerated, with equity index funds receiving a cumulative $1 trillion of new money – while actively managed equity funds experienced withdrawals of approximately $659 billion in the same seven year period.3 And the shift of new money to passive management has not been limited to individual investors. Using ETFs and proprietary strategies, institutional investors are also rearranging their portfolios to emphasise passive investing. For instance, the California Public Employees’ Retirement System (CALPERS), the largest US pension fund, now manages roughly two-thirds of its equity investments through the use of index funds.

More remarkably, perhaps, CALPERS has recently announced that it will no longer make investments in hedge funds and plans to divest the $4 billion it accumulated in those funds since 2002. Hedge funds are the ultimate active investors; their raison d’etre is devising new investment strategies and making investments based on ferreting out investment value that no one else has discerned. But as CALPERS and other institutional investors have learned to their dismay, over the last six years the investment results for the hedge fund industry as a whole – now a $3 trillion asset class – have been inferior to a simple investment in an index fund such as Vanguard’s Balanced Index Fund, structured with the 60% stocks/40% bonds portfolio that pension funds have traditionally utilised.

Edward Morris, PhD, is the author of Wall Streeters: The Creators and Corruptors of American Finance, recently published by Columbia University Press. He is a professor of finance and former dean of the Plaster School of Business at Lindenwood University, and was formerly Executive Vice President of Stifel, Nicolaus & Company. His website is: http://www.edwardlmorris.com/

References
1.
John Bogle, Don’t Count On It! (New York: Wiley, 2011), 376.
2. The reason is ascribed to the “efficient market hypothesis.” And the EMH is based on what is pretty obvious: all market movements occur with new information, and no single individual has a crystal ball that can predict when that new information will occur or what it will be. With millions of investors seeking profitable information on which to trade, and ready to pounce in an instant, it’s not surprising that few if any individuals can consistently outperform the markets.
3. 2015 Investment Company Institute Fact Book, 47.
4. Benjamin Graham, The Memoirs of the Dean of Wall Street (New York: McGraw-Hill, 1996), 144-145.
5. Ibid., 200.
6. Benjamin Graham and David Dodd, Security Analysis, 6th ed. (New York: McGraw-Hill, 2009), xi.
7. Barton Biggs, Hedgehogging (New York: Wiley, 2006), 89.
8. Benjamin Graham, “The New Speculation in Stocks,” Analysts Journal, June, 1958.
9. Common Stocks and Common Sense (New York: Donaldson, Lufkin & Jenrette, 1959), 2.
10. “Courting the Big Stock Buyers,” Business Week, February 22, 1964.

Tips On Investing In Gold as a Market Hedge

Personal loans, online payday loans for bad credit, and other alternatives to consider

The Financial Effects of COVID 19

How to Effectively Manage and Support Remote Teams During the Pandemic

Things You Need to Know for Finding A Job in Thailand

A Good Card Machine is Critical for Success in 2020

Ten Productivity Tips For Entrepreneurs To Lead The Team Better

What is Performance Engineering and Why Should Companies Embrace It?

What You Should Know About Cybercrime

Cyber Security & Cyber Crime: Is It Possible to Protect Your Business?

The future business landscape, and ensuring there is one

How to Conduct a Business Energy Audit

Technology has changed the face of personal finances. Here’s how.

The Financial Effects of COVID 19

How Much Does it Cost to Find Russian Brides