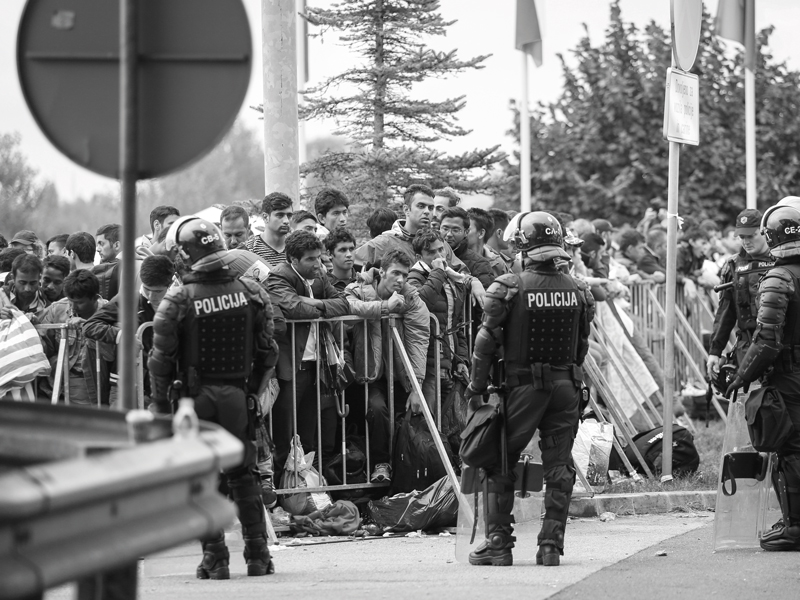 “People will always want to migrate for a better life: this is a constant reality.” But the harrowing images on the news that the general public are confronted with of men, women and children arriving en masse on European shores are of refugees – not migrants – escaping from war and conflict in countries where the situation is getting worse, not better. In this article Susi Dennison discusses the worsening refugee crisis, and how the challenges it presents the EU can be tackled by its foreign policy.

By mid-September this year, it was hard to open any European newspaper without being confronted with detail on the latest developments in the refugee crisis that surged inside Europe’s borders in 2015. Yet, just weeks on, on 1st October, the Washington Post reported that Google search data indicated a strong drop off in online public interest in the crisis, and indeed coverage in the press in general appears to confirm this.

Few things are certain about the refugee crisis except that it looks set to continue, and will consume a considerable proportion of policymakers’ time for the foreseeable future. Germany alone now estimates that it will have received 1.8 million applications for asylum in 2015 by year-end. The crises in the Middle East that are contributing to the flows are not abating. Though many conflicting figures are flying around regarding the origins of current arrivals in the EU, according to Eurostat Syrians and Kosovans constituted 40% of applications in the first four months of 2015, and the proportion of Syrian arrivals has grown dramatically over the summer months, particularly as a proportion of arrivals via the Western Balkans. Though there may be some lessening off of the numbers arriving in Europe over the winter months, this is far from guaranteed, since many Syrian, Iraqi and North African refugees are now taking land routes to the EU which – unlike the sea routes – will remain passable throughout the winter. And now that Russian intervention in the Syrian conflict has rendered the situation still more complex, it seems likely that the eight million internally displaced Syrians will face conditions that worsen before they improve, perhaps making the last resort option of travelling elsewhere (likely Europe) the only one they are left with. Against this backdrop European leaders cannot afford anything but a holistic approach in their response to the refugee crisis which deals not only with the immediate issue of the stock of refugees in Europe, but also with the long term challenge of the flows that are still likely to come unless the status quo alters.