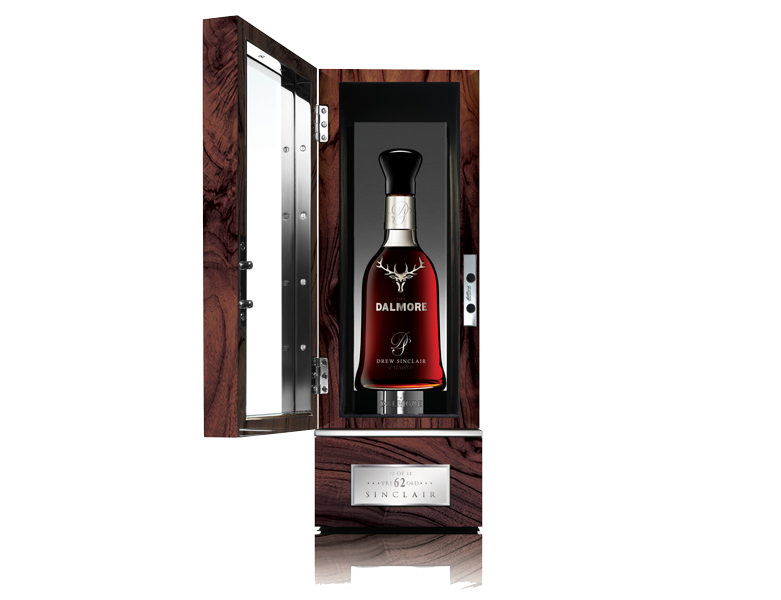 Since 2009, there has been a 192.6% increase in volumes of Single Malt Scotch Whisky (SMSW) sold at auction in the UK, a testament to the increasing popularity of SMSW, not just as a drink, but a valued collectable and an increasingly viable investment.

In quarter one of 2009, there were just 963 bottles of Single Malt Scotch Whisky (SMSW) sold as single lots (not ‘bundled’ or multiple bottle lots), at auction in the UK. In Q1 2010 that figure was 1024; in Q1 2011 that number was 1503. A 50% increase in the number of collectable/investment grade bottles sold over two years sounds impressive, does it not?

Whisky consultancy, Whisky Highland, forecast a 20% increase in volumes for quarter one of 2012. That would have led to roughly 1800 bottles being sold at auction in the UK. The actual number was 2818.

These impressive numbers are testament to the increasing popularity of SMSW, not just as a drink, but a valued collectable and an increasingly viable investment. As an investment, whisky is driven by the simple laws of supply and demand. Broadly speaking, when one side of the ‘supply/
demand’ equation becomes unbalanced there’s a direct impact on the other. The question then becomes; with all this increased supply, what’s happening to demand, and ultimately prices?

One thing about collectable/investment grade Scotch is that it is released in finite batches, in effect just like the production of single malt Scotch in the first place; batch distillation rather than continuous distillation. When a limited
edition is released, there will only ever be a maximum number of bottles on release day. Take the recent Dalmore single cask distillery exclusive – only 450 bottles were released. There can be no more.

The number of bottles from specific releases will always gradually decrease as bottles are opened and consumed. This gradual consumption by whisky drinkers, bars, restaurants and hotels will ultimately result in a thinning of supply for that particular bottle over time.

With the broader rises in supply over recent years, what is actually happening is prices are increasing. Supply may well be at an all-time high, however, demand is meeting and exceeding that supply. This is seen in Whisky Highlands top performers indices.

While all this makes interesting and encouraging reading, picking the top 10 bottles is nigh on impossible. It’s akin to picking the top 10 performing stocks on the FSTE All Share (FTAS) index. The Chart below takes a far broader range of bottles (the top 500 and the top 1,000) and compares their performance to the FTSE 100 and the FTAS.

As mentioned earlier, whisky prices are simply driven by supply and demand. Demand is the dominant market force at play here. There are three main factors being seen at the moment.

The first is a broad reaching, global increase in the number of whisky collectors/investors who want to ‘collect’ a wide variety of bottles for a great many reasons (to have one bottle from every distillery, to have every bottle from one distillery, etc.). This increase is applying serious upwards pressure on prices. Trying to find bottles from some of the silent (closed) distilleries can be a real challenge and competition for these bottles is fast and furious when they occasionally come to market. Glen Flagler, Ben Wyvis, Killyloch and Kinclaith are all exceptionally rare and very difficult to find. The ‘whisky investor’ has just one driver, seeing a return on their capital.

The combination of an increased number of collectors/investors, increased general awareness and the emergence of whisky becoming a premium gift/drink are all bolstering prices for what will ultimately be an ever dwindling supply.

The second is a broader general awareness and thirst for whisky (again globally). Whisky is no longer being seen as the drink of old men; a much wider, more inquisitive audience want to expand their experiences with whisky. The vastly different flavours and aromas from each distillery, each brand and every cask are creating increased interest in a far larger customer base. This again is increasing demand for certain rare, old, discontinued whiskies. Consumers continually want to try something new and different; an older version of a current whisky or a single cask bottling from their favourite distillery.

Whisky is viewed as a high end, exclusive premium product, especially in emerging markets such as India and China. It is seen as an ideal gift, ‘hand shake’ deal sealer and, ultimately, drink.

The third factor is whisky being viewed as a high end, exclusive premium product, especially in emerging markets such as India and China. This premium product is seen as an ideal gift, ‘hand shake’ deal sealer and, ultimately, drink. The interesting thing here is rare and/or old whisky is being consumed; bottles are being taken out of the supply chain therefore making the remaining ones a little rarer and
more valuable.

The combination of an increased number of collectors/investors, increased general awareness and the emergence of whisky becoming a premium gift/drink are all bolstering prices for what will ultimately be an ever dwindling supply.

The Whisky Highland index ranks distilleries according to their collectability/investment potential. It takes all bottles into account whether they gain or lose value over time. Limited bottles from the top 10 distilleries should always perform well at auction.

The above distillers continue to represent the most collectable of bottles. Other distilleries who cater for the collectors/investors market are Glenlivet, Ardbeg, Bowmore, Mortlach and Brora (closed).

The following chart shows an indexed performance of Dalmore 1973 vintages over the last two years. The index starts at 100 points and charts overall performance from there. As can be seen, the 1973 vintages from Dalmore have increased by 77.27% in value.

Other good examples are –

Independent bottlers have traditionally been far less sought after by collectors/investors. This is starting to change; significantly.

Each of the bottles mentioned above were bottled by the distillers and are referred to as ‘official bottles’ (OB). There are also a number of independent bottlers who store and bottle casks of whisky they bought from distilleries. Well-known names include Gordon and MacPhail, Douglas Laing, Cadenheads and Signatory. Independent bottlers can’t use the distilleries branding or logos on their bottles and they have traditionally been far less sought after by collectors/
investors. This is starting to change; significantly.

Older vintages, particularly from the distilleries named above are starting to perform exceptionally well at auction. Some of these bottles are rapidly becoming one of the only means to buy older vintages and rare bottles from certain distilleries.

The 1972 vintage Brora release by Douglas Laing is a great example of this (just 222 bottles were released in 2003). A bottle sold in 2006 for £150, earlier this year one sold for £880. Independent bottles are becoming much more desirable. As the stock of aged whisky dwindles rapidly from distillers, it can be expected that the ‘right’ independent bottles from the most desirable distilleries should increase in value.

Looking to the Future.

There are no accurate crystal ‘whisky-balls’ out there, so in reality, anything can happen; from a calamitous crash to a complete skyrocketing of prices. That said, from what’s being seen in the market at the moment, it could be expected that supply will continue to be relatively high, especially for the next 12 – 24 months. At the end of the day people are selling bottles they bought many years ago for a great deal of money. In the current economic climate that can appear very attractive. Ultimately, supply should start to dwindle over time, especially for the older, rarer bottles. There will always be an army of enthusiastic whisky drinkers who open and consume these rare examples. While that’s happening, prices should remain buoyant.

If the current pattern of increased supply continues, a levelling of prices is expected with more modest gains being seen. In the first three quarters of 2011 increases were around 10% – 12% per quarter. That’s healthy! I’d much rather see smaller but more sustainable price rises as the market becomes more mature and less volatile. Quarter 4 of 2011 saw the top 250, 100 and 10 increase by as much as 50%; impressive gains, but unsustainable.

If you have a thirst for investing in whisky, here are some golden rules:

(1) NEVER invest what you cannot afford to lose (read drink!).

(2) Love whisky… or at least like it. If the market ever crashes, you’ll have some fantastic drams to drown your sorrows.

(3) Patience is usually rewarded – while significant short term gains are possible, always look at 10 – 20 years for a return.

One thing’s for certain, the bottles already in the market can never be replicated or re-released. There will be no more Dalmore 1926 or Macallan 1938 or Talisker 1947. As the few bottles left in the supply chain are gradually consumed, any remaining stocks should continue to be a rather good bet!